'Be The Best You Can Be'

Mélodie Daoust grew up in Valleyfield, Québec and started playing hockey when she was 5 years old.  She played her minor hockey with the boys and was one of the few female players to play at the Midget Espoir level before transitioning to the girls’ game when she was 16 years old.  She played Midget AA with the Lac St-Louis Selects before enrolling at CEGEP Édouard-Montpetit where she helped the Lynx win a championship in 2010.

Following her CEGEP career, she committed to McGill University and was an integral part of the team's success over 5 seasons. This included provincial titles, national championship runner-up, and many individual awards.

'Be The Best You Can Be' is a motto that Mélo has followed throughout her career both on and off the ice.  She believes that perseverance, hard work, dedication and a commitment to achieving personal goals are important values to share with young female players that she works with.

In 2017, Mélodie graduated from McGill University with a Bachelor of Education in Physical Education and is currently working part time as a substitute teacher.  She continues to train for the upcoming hockey season where she will join Les Canadiennes de Montreal in the CWHL. In addition, she continues to strive for excellence by keeping her spot on the Olympic team.

In addition, she continues to strive for excellence. She has been at 2 Olympics Games (2014,2018). She recently became a mother and works part-time as a coach with Les Carabins de l’Université de Montreal.

Mélodie debuted in the maple leaf in 2009 when she was a member of the gold medal-winning team at the IIHF U-18 Women’s World Championship. Daoust competed for the National Women’s Team for the first time at the 2011 Four Nations Cup. She returned to the Four Nations Cup in 2016.

Mélodie Daoust achieved her goal of becoming an Olympic Athlete in 2014 when she was named to the Canadian Women’s hockey Olympic roster for the Sochi Winter Olympics.  The youngest player named to the Olympic Canadian team in 2014, Daoust scored one goal in Canada’s 3-1 semi-final victory over Switzerland, en route to the gold medal.

In 2018, Mélodie returned to the Winter Olympics in PyeongChang where she played a significant role in the team’s silver medal-winning performance.  Named Olympic Tournament Most Valuable Player, Daoust scored a remarkable shootout goal and finished with an Olympic personal best of 3 goals and 4 assists for a team leading 7 points. 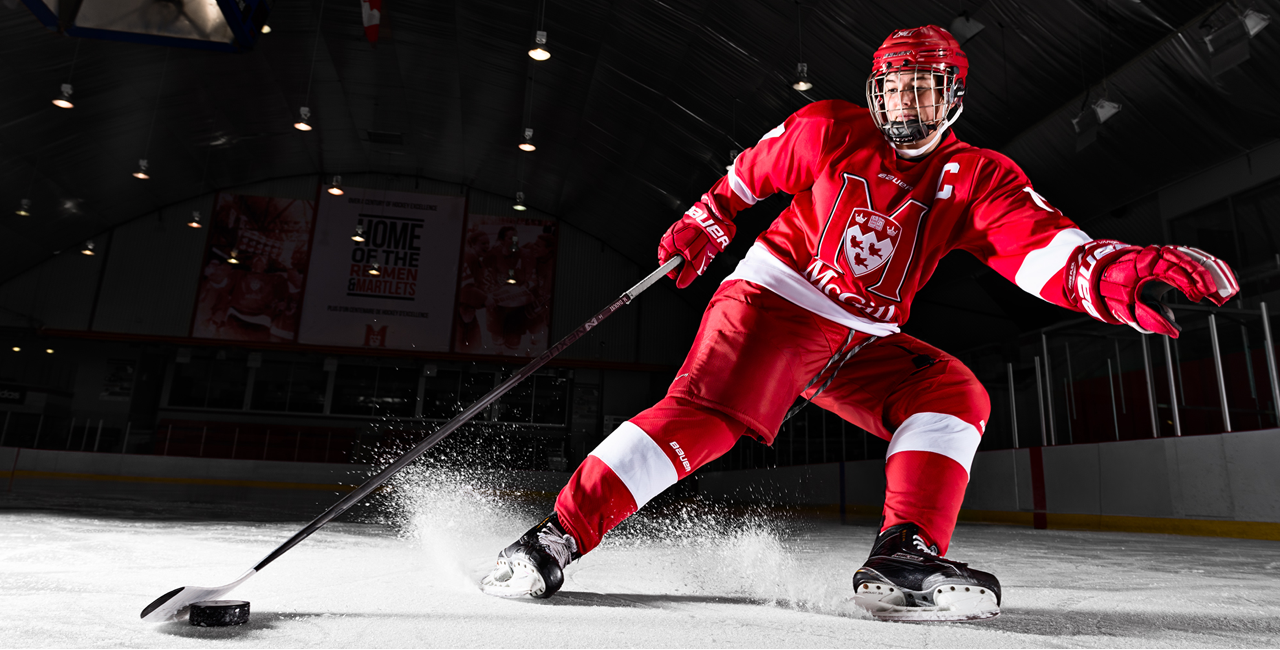 Daoust started her collegiate career in 2011-12, playing for the McGill Martlets. That season she was named CIS Rookie of the Year and helped the team win bronze at the CIS national championship. In 2012-13, Daoust became the first player to go directly from CIS Rookie of the Year to CIS Player of the Year, winning the Broderick Trophy. She led the CIS in scoring with 21 goals and 33 assists in 20 regular season games as McGill went a perfect 20-0.

In the spring of 2014 while training, Mélodie suffered a serious knee injury which caused her to miss most of the 2014-2015 season after undergoing ACL surgery.  Committed to getting back in the game, Mélodie demonstrated an exceptional amount of perseverance during her recovery and was able to wear the Martlet Hockey jersey by the time the playoffs had started.  The following year in 2016,  Mélodie captained the Martlets, was named McGill’s Female Athlete of the Year, lead her team to a Silver medal finish at the U Sport National Championship, and was also nominated for the Broderick Trophy as the U Sport Women’s Hockey Player of the Year.

In Mélodie's final season with the Martlets, she became the third person to win the Gladys Bean Trophy three times as McGill University’s female athlete of the year.  She was the recipient of a Jean Béliveau Award for student-athlete academic achievement and community leadership and was awarded with an FAEQ Athletic Bursary.

After winning the RSEQ Championship, Mélo lead the team to a CIS silver medal after a devastating double OT loss to Alberta.  She achieved her 250th career point in a 7-4 win over Carleton on Feb. 4, 2017 and scored 100th career goal in a 3-0 exhibition victory over Harvard on Oct. 14, 2016. Daoust was the RSEQ scoring crown with an 11-19-30 record in 18 regular season games and ranked third in the nation with 1.67 points per game. Impressively she scored or assisted on 52.6 % of McGill's 57 goals that season. She has finished her illustrious McGill career with a 116-156-272 record in 143 games overall in five seasons.